Based on interview recordings with children, a lovingly conducted dialogue unfolds about what counts in life: Family, home, nationality and gender, happiness and sadness … musical taste and pizza toppings. “Chalk about” for two performers plays with the English “to talk about” and “to chalk,” which means “to mark with chalk.”

Situated between dance and theater, it develops into a vibrant, life-affirming manifesto about human difference, staged with the simplest of means.

The piece was the result of a collaboration between choreographers Leandro Kees from Argentina / Germany and Christine Devaney from Scotland.

Due to the great success of the production, the artists decided to develop two versions with different performers in different languages. The “German version” features Marcela Ruiz Quintero and Constantin Hochkeppel.

„Chalk About“ has been performed in both versions a total of about 200 times worldwide and received, among others, a 5-star review by The Times at the Fringe Festival Edinburgh 2014.

Take-off: Junger Tanz is sponsored by the Cultural Office of the State Capital Düsseldorf

and the Ministry for Family, Children, Youth, Culture and Sports of the State of North Rhine-Westphalia. A Curious Seed production, funded by Imaginate and additionally supported by the Edinburgh by the Edinburgh Festivals Expo Fund of the Scottish Government. Produced by

Catalyst Dance Management and co-produced in collaboration with tanzhaus NRW. 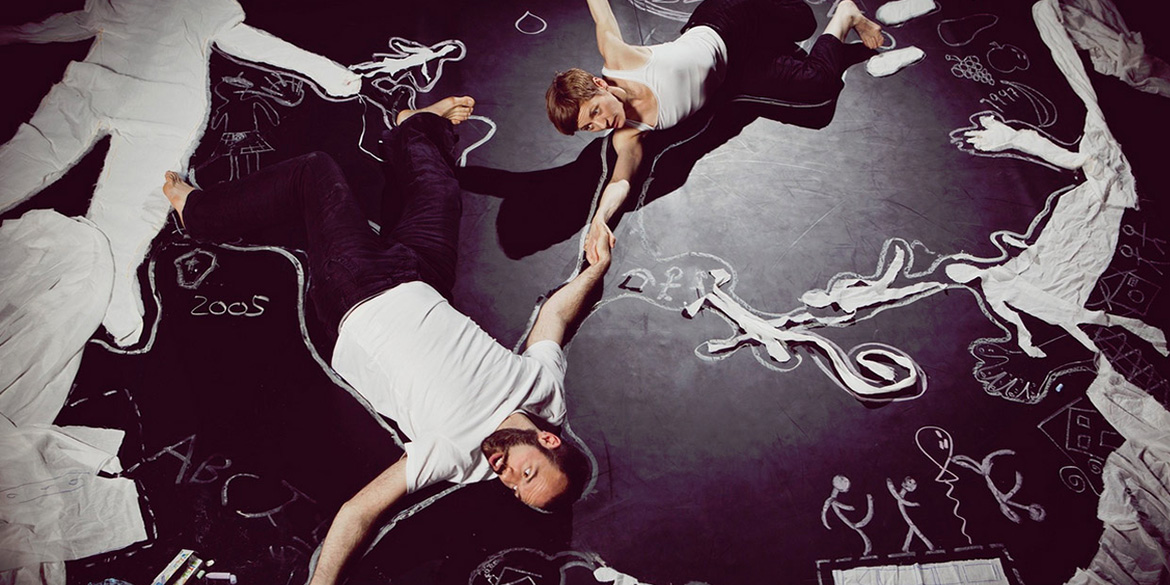